Permitless Carry, also commonly referred to as constitutional carry, has been adopted by 15 states within the US. Permitless carry allows for the carrying of a handgun without a permit or license. In Texas, the License to Carry is currently required in order to be able to concealed or open carry within the state and it is issued by Texas DPS. Training and background requirements must be met in order to qualify to receive an LTC. Texas is also a “shall issue” state, which means if you meet the minimum requirements, you will be issued a license.

Multiple bills have been introduced this year to the Texas House and Senate for permitless carry. Bills in the House have been introduced in years past, but there is much more traction this year for it to potentially pass. There are multiple variations of the permitless carry bills, but the one with the most potential for passing is HB 1911. This would allow any person 21 years old and older that can legally own/posses a handgun to conceal or open carry without needing a license. The Texas License to Carry does not go away though. It is just not a requirement to carry a handgun.

As a strong 2nd amendment supporter, LTC instructor for Online Texas LTC, former police officer, father and husband, I believe in the constitutional right to carry and own firearms. With that said, I do believe that everybody needs some form of training and instruction before carrying a gun. Criminals will carry guns regardless of what laws are in place or what training they have. I do have concerns about the well-intentioned law-abiding citizen that wants to carry a gun. With no classes/training required, this person can start carrying a gun without being familiar with the legalities involved and having no understanding of the handgun they poses. They could end up getting myself or someone else hurt.

I have seen students decide half-way through an LTC class that they no longer want to carry a gun. This decision was made because they did not originally realize the legalities involved with carrying a gun and the potential repercussions of using the firearm for self-defense. With no LTC class and permitless carry, laws regarding self defense do not change. These same students would strap on a gun and start carrying without having any idea about what is involved.

I would strongly urge every person that wants to carry a gun under constitutional carry to take two basic classes. One to understand Texas law and the other to train with the gun you want to carry. Not many people receive formal training on how to properly draw a handgun from a concealed holster. This is critical training if you want to conceal carry a gun.

Why you should still get a License to Carry even if constitutional carry does pass.

If permitless carry does pass in Texas, the Texas License to Carry a Handgun will not go away. There are 4 distinct advantages to still getting an LTC, even though it would not be required to carry a gun.

As a current LTC holder, how does constitutional carry affect me?

If you already have a current/valid Texas LTC, there is nothing you need to do. If constitutional carry does pass, it will not affect LTC holders at all. It is also our recommendation to maintain the LTC and stay up to date with the renewals.

Whether you have a gun for self-defense, concealed carry, hunting or any other purpose, make sure you have the proper training and knowledge to do it safely. If you are looking for a Texas License to Carry a Handgun online class, call us today or go to https://OnlineTexasLTC.com.

Can You Carry Your Spouse’s Gun?

It’s not out of the ordinary for responsible Texas gun owners to share their guns with their spouses. In other

Are Pistols & Handguns the Same Thing?

For some people, a gun is a gun. If you’re a handgun owner with some degree of experience and knowledge 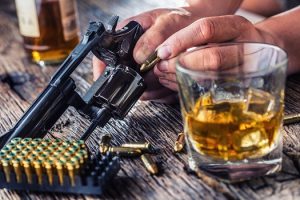 Gun owners have a variety of responsibilities while carrying their firearms, including complying with laws that impact daily life. For