Good Guy with a Gun. Examples of Shootings with LTC Holders

It is always good to read stories about people exercising their right to carry a gun and using it to defend themselves. Asking yourself “what if” questions and thinking about what you would do in these situations could help prepare you for a similar incident. If you have your License to Carry, but don’t ever mentally train for what you would do in various situations, more than likely you will not know what to do when the time comes to act. The likelihood of needing to use my gun when concealed carrying is extremely low and will hopefully never happen. I would much rather be prepared and train for that time though just in case. Below are just a few examples of citizens with their Texas License to Carry, or concealed handgun license depending on the year, using their guns to defend themselves and/or others.

This case is a great example of a LTC holder concealed carrying and protecting his family. This occurred on December 7th, 2017 in San Antonio at Popeyes. A father and LTC holder, Carlos Molina, was eating with his family inside the restaurant when a Robbery took place. The armed suspect demanded that the Carlos hand over his property. Carlos said he had no money and asked if his family could leave. As most of his family was leaving Popeyes, two of Carlos’s children walked out of the restroom. The suspect pointed a gun at the children. This is when Carlos pulled out his concealed pistol and fatally shot the suspect.

This is a perfect instance of defense of a third person. Carlos shot the suspect in order to protect his children that had just exited the bathroom. Carlos would have been justified in using deadly force if the suspect had pointed a gun at him, but because the gun was pointed at someone else, he was still justified in using deadly force to protect a third person.

These are are two perfect cases of Texas License to Carry holders, actually utilizing concealed carry and needing their pistol. Had they not been carrying a gun, the outcomes in these cases would have been much different. Reading these should be a good reminder of why it is important to have your gun with you a reminder to continually train. 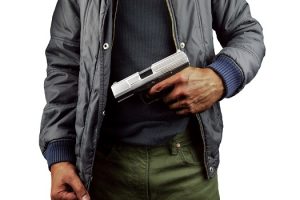 Can a Handgun Be Discharged Negligently? 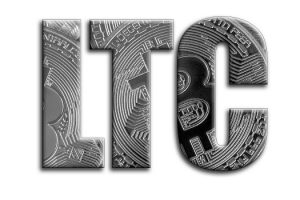 Is a CHL the Same as an LTC?

If you’re a handgun owner in Texas, you may have heard the terms “license to carry,” or “LTC,” and “concealed 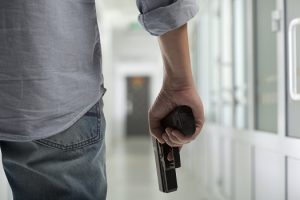 How Can Firearm Ownership Reduce Crime?

There are some valid reasons to believe gun ownership can lower crime rates under certain circumstances. In fact, some studies