Starting September 1st, 2019, new laws impacting Texas License to Carry holders went into affect. This was the 86th Texas Legislative Session. It is every LTC holders responsibility to stay up to date on new laws that are passed. All of the new laws passed this legislative session seem to benefit LTC holders. Nothing is drastically different, but they add some needed clarity and defense to prosecutions for certain offenses. Below the new updates will be listed along with an interpretation of them. This is opinion and is NOT legal advice and shall not be taken as legal advice.

Interpretation: Before the update, simply being on the premise that has the 30.06 or 30.07 sign posted was a class C offense for criminal trespass by a license holder.  It appears that the intent of this law is to remove the class C offense. To be clear, the class C offense is not actually removed. The license holder should be given oral notice to depart the premise before being ticketed or arrested for the class C misdemeanor. If the license holder still fails to leave, just as before, the offense is enhanced to a class A misdemeanor. This should calm peoples fears that are very nervous about carrying where they are not supposed to be. This does not change anything with the 51% signs. Those are still prohibited locations and is a 3rd degree felony offense.

Interpretation: Before the update, landlords would could write into lease agreements restrictions on firearms and/or ammunition. The court of criminal appeals has already ruled that this cannot be done, state law now reflects it. This is only in effect for new leases after Sept 1, 2019. It does not affect prior lease agreements.

Interpretation: Schools can no longer regulate how guns and ammunition are stored in a vehicle for LTC holders. The intent of this was for teachers with an LTC. In the past, the school could require them to park of campus. After this update, as long as you have an LTC and the firearm and ammunition are not in plain view, the school cannot tell you how to store it in the vehicle.

Interpretation: This one is self-explanatory. A state agency or political subdivision, such as a city or county, cannot prohibit LTC holders from carrying on the city or county property. An example of this is the City of Austin attempting to prevent people from carrying at the Austin Airport and City Hall.

Interpretation: It was already made legal to carry in a church, synagogue or other place of religious worship. However, the prohibition was never actually removed from 46.035(b)(6). This update removes 46.035(b)(6) in an attempt to make the language in Penal Code clearer. So in the end, nothing changes with the one, it was just simply to make Penal Code easier to read.

Interpretation: Self-explanatory. Clubs and knuckles can be carried anywhere other than places weapons are prohibited in 46.03.

Interpretation: A city or county cannot create ordinances that restrict carry of a firearm in public.

Interpretation: HOA cannot restrict the lawful possession of firearms in a community.

Interpretation: If you are applying for a new or renewal LTC and you are CPR certified, your fees will be waived. Your CPR certification just cannot be required for your employment and must be from a nationally recognized association.

Again, none of this is legal advice. Read the laws for yourself and form your own opinion on what they mean. 2019 legislative updates will also be added to the online Texas License to Carry class. 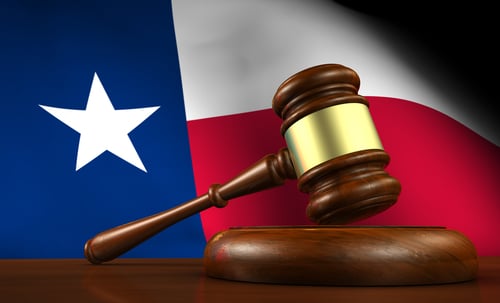 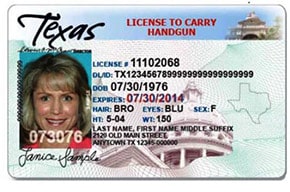 Texas Concealed Carry – Everything You Need to Know

Everything about the Texas License to Carry in one place! Navigating all the rules, regulations and laws in Texas for

Don’t Tread On Me LTC

“As a cop, how do you feel about other people carrying guns?” This question is asked with the expectation that